Undergrad Course Teaching Students How to Use AI for Social Good

By studying artificial intelligence techniques in the context of applications with high environmental and social impact, USC undergraduates are learning to develop innovative solutions to pressing social issues.

According to a recent McKinsey & Company report, artificial intelligence could boost GDP by $13 trillion before 2030. While most corporate and academic stakeholders have recognized the lucrative potential of artificial intelligence, experts across sectors are increasingly considering the value that AI can contribute to the social and conservational sectors, where more intelligent resource allocation and innovative approaches to intervention could help solve issues from disparities in housing access and the spread of HIV among homeless youth to the impacts of climate change.

This fall, Bistra Dilkina, Assistant Professor of Computer Science and Associate Director of the USC Center for Artificial Intelligence in Society (CAIS), will be teaching a USC undergraduate course entitled “Artificial Intelligence for Social Good.” Dilkina has devoted her career to advancing progress in the field of computational sustainability—which seeks “to apply techniques from computer science, information science, operations research, applied mathematics, and statistics for balancing environmental, economic, and societal needs for sustainable development.” 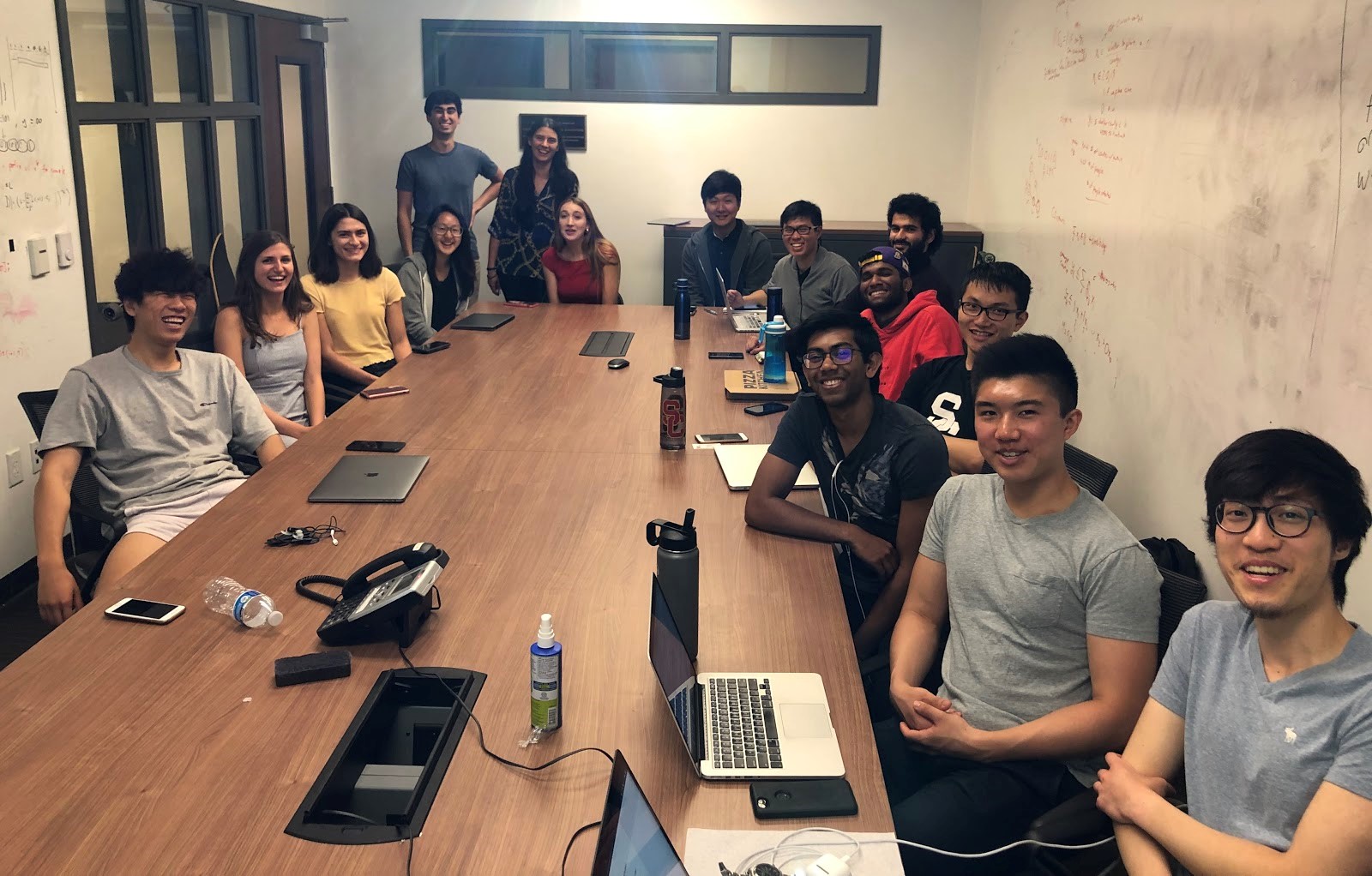 Undergraduate students from the spring 2019 course on AI for Social Good.

“Furthering the mission of computational sustainability requires educating the next generation of computer scientists and inspiring them to leverage their technical skills for real-world impact,” said Dilkina, who planned the course upon realizing the dearth of undergraduate course offerings focused on the intersection of core computer science techniques and real-world social impact.

“Teaching these concepts at the undergraduate level enables students to better contextualize academic knowledge and empowers them to see the positive social applications of the hard skills they acquire in the classroom,” she said.

Designing the curriculum of AI for social good

The undergraduates enrolled in Dilkina’s course will follow a sequence of knowledge acquisition, immersion, and practice. They will be introduced to core AI methodologies, such as data mining, machine learning and optimization, while investigating contemporary field research and the most current literature detailing how AI is used for social good. Finally, after identifying a social issue that piques their interest, students will form groups to conduct semester-long research projects using real datasets to propose potential AI solutions for the chosen issue.

Dilkina who also taught the class in spring 2019 shared some of the group projects.  One group sought to optimize resource allocation in education deserts. Similar to food deserts, the term “education deserts” is used to describe a scarcity of higher education opportunities within driving distance of certain geographic areas. In education deserts, young people are faced with the choice to either forgo higher education or move away, a dilemma that bars access for many people and disproportionately affects those of a lower income status. By collecting data from across the U.S., the team designed a predictive model that can gauge the potential impact of a local college or university, weighing factors including the percentage of college-educated residents and average household income in a given geographic radius. The model also suggests potential locations for the construction of new institutions based upon which communities are most likely to benefit from increased access to higher education opportunities.

A second team of students focused on an important health issue. The United States is currently experiencing increasing rates of sexually transmitted infections (STIs). The team built a spatiotemporal machine learning model to predict the prevalence of chlamydia on a county-by-county level using data from the Centers for Disease Control and Prevention and census data, and used it to suggest optimal locations where new STI treatment centers should be placed to improve access to care.

The other two student teams addressed on similarly important issues:  one focusing on informing the choice of new train station locations to expand the Los Angeles public transportation system, and the other one on designing a deep learning based computer vision program to recognize American Sign Language in video.

Caroline Chocholak, a USC senior in the course last spring, summarized her experience, saying, “I gained a broad understanding of different types of artificial intelligence within just one semester and was able to see its potential applications in many different areas of social good.”

While a handful of students in last semester’s course were also involved in CAIS++, the student-organized undergraduate branch of USC CAIS, Dilkina understands that not all members of the course participants will go on to pursue computer science research.

“I want to give all undergraduates the opportunity to learn AI in context, regardless of their academic or professional aspirations,” Dilkina said. “My hope is that, whether my students go on to work as software engineers, data scientists, social workers or anything else, they enter the ‘real world’ with an understanding of the profound potential for AI to improve society.”

Dilkina suggested that society will be “increasingly forced to confront the ethical implications of AI,” especially as its applications expand into suggestion- or decision-making roles—as is witnessed in AI recruiting tools and bail setting software, where algorithms have the potential to exploit unconscious human biases for harm rather than good.

In light of this consideration, Dilkina said, “If I were to give my students one piece of advice, it would be to stay informed and practice critical thinking when it comes to AI within decision-making systems. When we remain committed to ensuring that decisions are made with fairness, accountability and transparency top-of-mind, the possibilities of AI for social good are limitless.”