We would very much like to thank the Army Research Office, the USC Office of the Provost, the USC Suzanne Dworak-Peck School of Social Work, and the USC Viterbi School of Engineering for their funding to support our summer fellows.  Without their support, we would not be able to do the work that we do.

Anamika Barman-Adhikari, PhD is an Assistant Professor in the Graduate School of Social Work (GSSW) at the University of Denver (DU). Dr. Barman-Adhikari’s research interests are broadly centered on understanding the social-contextual determinants of risk and protective behaviors among vulnerable youth populations, such as homeless and minority youth. Her experiences in policy, research, and clinical services have coalesced in her current research goals and agenda. These experiences have collectively helped her formulate a research agenda, which is devoted to the prevention of HIV and substance use among high-risk youth and other vulnerable populations. Her research is focused on three central areas: (1) a network-based understanding of risk-taking norms in the social networks of homeless youth; (2) new guidance for HIV prevention interventions, specifically what network-level interventions could be adapted in the context of the homeless youth population; and (3) examination of the feasibility of online technology as a potential mechanism through which network interventions can be delivered.

Fei Fang her PhD from the Department of Computer Science at USC in June 2016, advised by Professor Milind Tambe. Her research lies in the field of artificial intelligence and multi-agent systems, focusing on computational game theory with applications to security and sustainability domains. Her dissertation was selected as the runner-up for IFAAMAS-16 Victor Lesser Distinguished Dissertation Award. Her work has won the Innovative Application Award at Innovative Applications of Artificial Intelligence (IAAI’16), the Outstanding Paper Award in Computational Sustainability Track at the International Joint Conferences on Artificial Intelligence (IJCAI’15). Her work on “Protecting Moving Targets with Mobile Resources” has been deployed by the US Coast Guard for protecting the Staten Island Ferry in New York City since April 2013. Her work on designing patrol strategies to combat illegal poaching has lead to the deployment of PAWS application in a conservation area in Southeast Asia for protecting tigers.  She will be an Assistant Professor at the Institute for Software Research at Carnegie Mellon University beginning in August 2017. 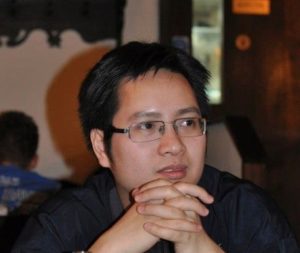 Dr. Tran-Thanh is a Lecturer (Assistant Professor equivalent) at the University of Southampton, UK. He obtained his PhD in Computer Science in 2012 at the same university, under the supervision of Nick Jennings and Alex Rogers. He has been conducting active research in a number of key areas of Artificial Intelligence, mainly focusing on combining online machine learning, game theory, and incentive engineering to tackle resource-constrained decision making problems where one has to deal with strategic human participants and/or malicious opponents. Besides providing thorough theoretical analyses of novel models and algorithms, Dr. Tran-Thanh has also applied his theoretical findings to a number of real-world applications, such as online keyword bidding, wireless sensor networks, and crowdsourcing. His results were published at top AI conferences and journals including AAAI, AAMAS, ECAI, IJCAI, NIPS, UAI, and Artificial Intelligence. For his research findings, Long has received a number of prestigious awards such as: Honorable Mention for the  CPHC/BCS PhD Dissertation Award (for the best Computer Science PhD thesis in the UK in 2012/2013); Honorable Mention for The ECCAI Artificial Intelligence Dissertation Award (for the best European PhD thesis in AI in 2012/2013); Honorable Mention from the Association for the Advancement of Artificial Intelligence (AAAI) Outstanding Paper 2012 Award; Runner-Up for the European Conference on Artificial Intelligence (ECAI) Best Student Paper 2012 Award.  Additionally, he received the Most Engaging Lecturer Award for the academic year 2015/2016.

Hau Chan received his PhD in computer science from Stony Brook University in 2015 and completed his bachelor’s degrees in mathematics and computer science at the College of Charleston in 2010. Currently, he is a postdoc in the Computer Science Department at Trinity University. Dr. Chan’s broad research interests include computational game theory, algorithmic mechanism designs, data/graph mining, information network, and discrete mathematics. He will be joining the Department of Computer Science and Engineering at the University of Nebraska-Lincoln (UNL) as a tenure-track assistant professor in the Fall of 2018. Before joining UNL, Hau will be a postdoctoral fellow at Harvard Innovation Science Laboratory in additional to attending the summer postdoc program at USC CAIS.

Qingyu Guo is a fourth year PhD student in Computer Science at Interdisciplinary Graduate School at the Nanyang Technological University. He joined the Agent Mediated Intelligence research group in January 2014, supervised by Professor Bo An. Before joining NTU, he received his Bachelor’s degree in Applied Physics at the University of Science and Technology of China. His research lies in solving real-world problems using techniques from online learning and computational game theory.

Amrita is a second year PhD student advised by Professor Bistra Dilkina in the School of Computational Science and Engineering (CSE) at Georgia Tech. Prior to joining the PhD program, she received her master’s degree in CSE at Georgia Tech and bachelor’s degree in Biomedical Engineering at the Johns Hopkins University. Her research focuses on applying optimization and machine learning methods to problems in sustainable development and conservation planning.

Lily Hu is a PhD student in the Applied Mathematics department at Harvard University where she studies algorithmic fairness and biases in machine learning, with a focus on racial discrimination in the labor market. Broadly, her academic interests include network theory, distributive justice, philosophy of language, artificial intelligence, and thinking beyond utilitarianism. Her current work lies at the intersection of economics, ethics, and mathematics. She received an A.B. in Mathematics from Harvard College in 2015 and spent a year teaching English and Spanish history in Madrid on a Fulbright Fellowship.

Ritesh Noothigattu is a PhD student in the Machine Learning Department at Carnegie Mellon University. Prior to joining CMU, he was an undergraduate in the Computer Science and Engineering Department at IIT Delhi. He is currently interested in problems at the intersection of machine learning and game theory, social choice.

Omkar Thakoor is a first year PhD student in the computer science department at the USC Viterbi School of Engineering. He recently completed his master’s degree in computer science at the University of Illinois at Urbana Champaign. He completed his undergraduate education from IIT Bombay, India, in 2014. He worked at Samsung Electronics as a Software Engineer for one year, before joining UIUC in Fall 2015. During his undergraduate years, he also worked as a summer intern at other research organizations, such as Max Planck Institüt für Informatik, Germany, Yahoo! Bangalore, and Chennai Mathematical Institute. His current research lies in the area of game theory. He has previously worked in a number of other areas in theoretical computer science, such as combinatorial geometry, numerical linear algebra, complexity theory, automata theory, as well as machine learning and data mining. He secured an All India Rank 11 in IITJEE and an All India Rank 3 in AIEEE. He is a recipient of the KVPY fellowship 2009, and has won several awards at the Indian National Olympiads in Mathematics, Physics, Chemistry, and astronomy.

Mee Young Um is a PhD candidate at the USC Suzanne Dworak-Peck School of Social Work who is expecting to graduate in August 2017. She earned her Master’s in Social Work from the University of Michigan. Her broad research interests are examining how social networks, trauma, discrimination, domestic violence, and acculturation are associated with mental health outcomes among immigrant and refugee populations. She has conducted most of her research on North Korean refugees who live in South Korea.